No significant financial crime can be executed without resorting to the smaller crimes, as generally, there exists a network of crime to drive another crime or act as a shield to one another. Various offenses are also part of more significant offenses like money laundering and terrorism financing and help them in a certain way either to achieve the purpose of such offenses or to help the offender from being caught after committing such offenses. These kinds of offenses are known as Predicate offenses.

Simply put, a predicate offense is an illegal activity that is the foundation or the first crime in the chain of another crime. For example, in money laundering, an illicit act of tax evasion can be construed as a “predicate offense,” as the illegal proceeds generated from tax evasion would be laundered.

What is Predicate Offense under UAE AML/CFT regulations?

Under the UAE AML/CFT regulations, the phrase “Predicate Offense” has been defined as under:

Any act constituting a felony or misdemeanor under laws of the UAE, whether committed inside or outside the UAE, when such act is punishable in both countries – UAE and the other country where the crime has been committed.

Further, the definition of the term “Crime” in the UAE AML/CFT regulations includes money laundering and related predicate offenses.

What activities will be considered Predicate offenses?

Predicate offenses vary in every country and are usually codified in a country’s criminal code, considering the economy and market of the country.

For example, a public officer abused public office, resorted to corruption, and used these illegally obtained funds to buy gold and diamond jewellery. In this case, bribery/corruption would be treated as the predicate offense, and the conversion of the funds into precious metals and stones would be the actual money laundering crime (act to conceal the source of proceeds).

Why is it essential to fight predicate offense?

As mentioned above, predicate offenses are the underlying crime that generates the motive – the illegal proceeds, for committing money laundering. Mitigating these crimes at the first stage is pertinent to prevent the large-scale financial crime of money laundering.

In the above example of corruption and conversion of illegal funds into precious metals/stones, had the corruption crime been identified and prevented, there would not have been any funds for the person to launder.

Apart from money laundering, such predicate offenses harm society and the economy.

Given the adverse effects of these predicate offenses and the fact that it drives major financial crimes, it is pertinent to target these more minor crimes from the root and cut them off to safeguard the economy and society.

Regulatory bodies understand the significance of curbing predicate offenses to prevent money laundering. Accordingly, regulatory provisions have been enacted to consider these predicate offenses as crimes and made punishable to safeguard the financial systems.

Can a person committing a predicate offense be held guilty under UAE AML/CFT regulations?

The AML/CFT law provides that a person shall be held guilty of committing a predicate offense and be treated as the perpetrator of the money laundering crime if he knows the fact that the associated proceeds have originated from a misdemeanor or felony and intentionally commits any of the following acts:

Companies need skillful and knowledgeable employees to implement a robust AML framework to safeguard the business from being exploited by money launderers.

AML training brings a consistent understanding, across all levels, of the importance of AML compliance and their role in identifying ML/FT threats to save the company and its reputation. All the employees, including the senior management, stay more aligned with AML-related organizational objectives, resulting in the more successful adoption of the AML/CFT compliance program.

How can AML UAE assist you?

AML UAE is one of the leading firms providing end-to-end consultancy services around anti-money laundering and combatting terrorism financing. We can assist you in understanding the predicate offenses, how to identify such offenses, and develop a robust AML/CFT framework for your organization to safeguard your business against such crimes.

All-encompassing AML training for your business just a call away.

Why is AML training critical for your employees?

What is NFT money laundering, and how to combat it?

A Guide to Sanction and PEP Screening in Customer Onboarding Process 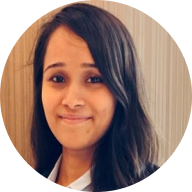